27th August, 2010 was a memorable day for me as me and my colleague who also happens to be my wife had a tour of Microsoft Research Asia in Beijing, China.
Mr. Yunbo Cao who works there hosted the two of us. He was an extremely humble guy and his humility and kindness was evident through the session. First we were shown around the research labs and work area; he showed us how for every employee at Microsoft Research instead of having name plates outside each employee's office they have written name of city to which that employee belongs. 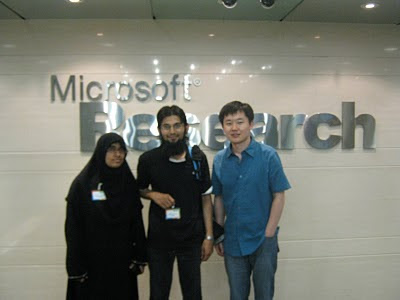 Microsoft Research Asia is Microsoft’s fundamental research arm in the Asia Pacific region and it was founded on November 5, 1998. In 2004, MIT Technology Review named Microsoft Research Asia “the hottest computer lab in the world.” From Microsoft Research Asia have emerged many technologies that have had a huge impact on the technological community today. Over 200 innovations from the lab have been transferred to Microsoft products, including Office XP, Office System 2003, Windows XP, Windows Server 2003, Windows XP Media Center Edition, Windows XP Tablet PC Edition, Xbox, MSN, Windows Live. In addition, technologies from the lab have been adopted by international standards bodies such as MPEG4 (error-resilient video transmission), IETF (TCP/IP header compression), and ITU/ISO (video-compression technology). 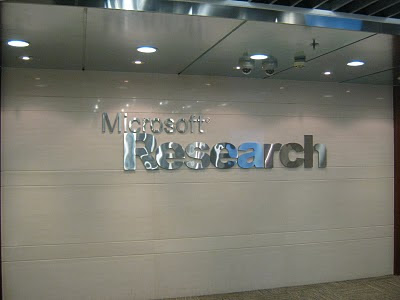 The prominent labs at Microsoft Research Asia which Mr. Yunbo talked about are:
Mr. Yunbo himself is part of Web Intelligence group and prior to this he was a part of the Natural Language Computing group. The areas of focus of his group are expert and social search, user intent/activity recognition and prediction, inarticulate user assistance, information access evaluation, social question answering and summarization and sentiment analysis. His research work heavily centers around community-based question answering services.
He told us that the third and fourth floor of Microsoft Reseach Asia is called the Microsoft Search Technology Center and the main focus of all research there is the newly released search engine by Microsoft Bing - this year's SIGIR had 15 papers by Microsoft Research and one can see that researchers at Microsoft are pushing hard day and night to make Bing better and better. 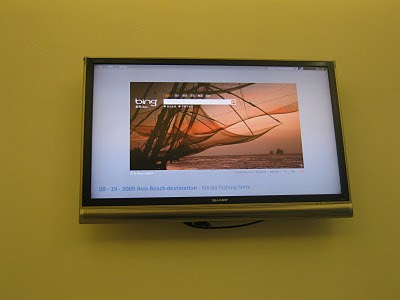 We could not take photographs of the labs as it was not allowed but it was allowed for some places and the picture below shows the Microsoft Research Asia recreation area where the employees enjoy some time off from work, when we reached it was fruit time. Mr. Yunbo offered us some but we could not take any as we were fasting. 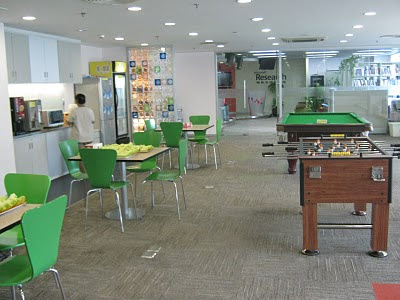