Nation and its Progress: Values and Material Strength

According to my personal understanding values and material strength define a nation's progress. Values can be easily understood as ethical lines such as liberalism, secularism, faith, etc. Material strength implies understanding/application of science and technology in order to benefit from it. I will give an analogy to explain my understanding: value or ethical line is like a spirit and material strength is the body in which the spirit lives, and together these two make up a living body. Absence of any of the two would lead to death, i.e., a body cannot survive without spirit in it and likewise spirit without a body is meaningless. Therefore, good values with no material strength would leave a nation nowhere but at the mercy of other nations who have better material strength. Likewise, a nation with no sense of values can lead a barbaric lifestyle and hence, may enter into committing societal suicide with its own technology such as inflicting wars inside and outside for selfish gains. These unjust wars inflicted outside the nation will make the (waging war) nation insecure from within morally because the returning ruthless soldiers will themselves make their own land insecure with their ruthless behaviours. Similarly without understanding of values the rich will exploit the poor and for this the rich will use best-known technology, laws and rules (twisting them in their favour) to exploit the poor, and hence, eventually the nation will observe protests and friction within its own citizens causing further deterioration.

Being a "Muslim" and from "Pakistan", I will now limit the scope of my writing exclusively towards these two entities. however, I am confident that people belonging to similar (specially from Muslim World) or dissimilar entities can find some general points as a take-away. So, being a Muslim, I will simply state Islam as being the ethical line for a Muslim (I assume that the person is practising the faith), and being a Pakistani I know we have not reached scientific enlightenment in different spheres of life by a long shot. So what goes around in Pakistan is like this, some of us observe that the problem lies in not practising good values, therefore those of us choose to learn and practice values and this is where our youth takes inspiration in learning Islam. On the other hand others consider that improvement of scientific progress is the way forward, and therefore, these people resume to take inspiration from science, a few of them actually learn it or perfect it but most of them only get satisfied by finding heroes in science (of-course scientific enlightenment is not easy for everyone). I personally believe that a win-win here is to have people who addresses both issues simultaneously. However, they may choose to gain expertise in one but they should have understanding of both. A lot of us have heard the phrase "education brings progress", I agree but I feel sometimes people who say this sentence do not actually comprehend the deep meaning behind this phrase because education is not only about science (which some people actually imply by the sentence) but it is also about learning good values and practising them. It would be last thing for a progressive society to find itself with good technology but with barbaric behaviours towards each other (I don't see harmony here). Some examples where we are deficient of good values are the following:

1- We comment on others' mistakes but when someone points our own error that becomes the last day of friendship with an implicit expression of "how dare you?"
2- We are friends with each other but say bad things behind their backs.
3- We follow a political party and the wrong of that political party becomes justified because other political parties are also doing wrongs.
4- We break our promises so easily; I will be there at 8:00 PM but until 9:00 PM there is no sign of me being there.
5- In weddings showing off money is more important than actually collecting the prayers of guests for the new couple.

I will conclude my article to show how much we much we actually respect ethical lines (ours is Islam) and scientific progress as a nation.

"If a child is not sharp or intelligent send him/her to Madersa (Islamic school) and if a person is not fit for a challenging job then let him/her do a PhD degree". 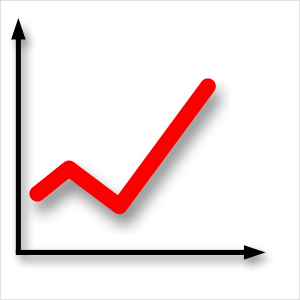